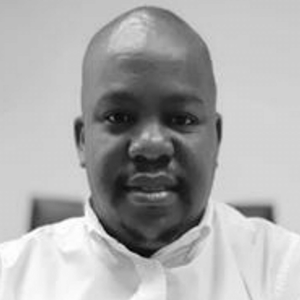 Dr Stanley Semelane is Senior Researcher, Climate Services with the CSIR’s Holistic Climate Change Impact Area, where he is responsible for supporting climate change finance as well as the mitigation and adaptation measures in the South African just transition. He has a PhD in Energy Studies, MSc in Engineering and a BCom in Economics. He has previously worked at the Central Energy Fund, the National Energy Regulator of South Africa and as a Deputy Director responsible for Sustainable Energy in the Eastern Cape Provincial Government. Dr Semelane led and represented the Eastern Cape government in all national renewable energy initiatives. He was part of the teams that initiated the first South African Renewable Energy Independent Power Producer Procurement Programme (REI4P) SMME Support Programme. He contributed to unlocking opportunities for local manufacturing of renewable energy components and SMMEs development in the renewable energy sector. This was done by ensuring that the government procurement programme incorporates localisation. He is a thought leader in the just energy transition domain, and he is an advocate for socio-economic inclusion of all South Africans in the energy transition associated benefits.