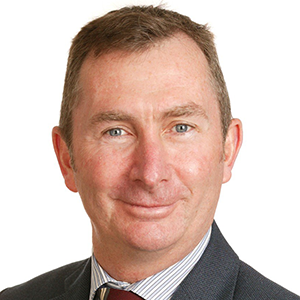 Barry MacColl is appointed as the Senior Regional Manager for the Electric Power Research Institute covering Africa, the Middle East, South East Asia and Oceania. He is thus responsible for a large geographic area and his appointment is a clear indication that EPRI is taking its international growth and outreach objectives seriously.

Barry joined EPRI from Eskom Holdings, where he worked for 26 years in various positions. As a member of EPRI he chaired the Research Advisory Committee (RAC) for two years during which he gained experience and oversight into EPRI’s strategy and focus.

His early years were spent in the field commissioning and maintaining control and instrumentation equipment and converting Eskom’s systems from electromechanical and discreet component systems to those based on digital technologies. He was appointed as the manager of the telecommunications, protection, control and DC systems as well as a Regional control centre and ultimately became accountable for the planning, design, construction, commissioning, maintenance and refurbishment of all control plant equipment in the Eastern Cape.

Recognized for his holistic view of the business, Barry was then moved into a strategic planning and integrated risk management role. He moved into the company’s R&D group in 2007 and was promoted to General Manager of the Research, Testing and Development Business Unit in 2012, the last position he held before joining EPRI.

Barry has a Bachelor of Science (Electronic Engineering) degree from the University of KwaZulu Natal and a Masters of Business Administration from Rhodes University. He is married to Carey, has three children and loves to spend time cycling and fishing in beautiful South Africa.